Government Degree College Tral was established in 1988 and among the very few subjects which were allotted to the college Kashmiri was one among them. Kashmiri language is as old as Kashmiri People are. It’s the Mother tongue of more than 70% of Kashmiris and recently Kashmiri is being given Official Language status of Jammu & Kashmir. Kashmiri Department, Government Degree College Tral is also working hard to develop awareness and preservation of Kashmiri language, literature and culture. The department is devoted to preserve utmost values and ethics within and outside the classroom. Besides syllabus Kashmiri Department guides its students at various levels by providing guidance, counselling and concreate knowledge in education, research, professional writing and editing, publishing, and journalism. The department also offers some job based skill based courses like Communicative Writing in Kashmiri (Zabaen HundTarseeli Wartaaw), Translation Studies (Tarjama Kaeri) and Language and Expression (Zaban te Bawath) course for the students. To boost the research aptitude among faculties & Student community Kashmiri Department organize Seminars, Quiz Programmes, Symposia and Special Lecture Series. The department also encourages both Faculties as well as students towards research on Kashmir Language, Literature and Culture.

OUR VISION AND MISSION

The Department of Kashmiri, Government Degree College, Tral aims to introduce the Kashmiri language and to promote national integration and the feeling of togetherness. The Department aims to be among the best Kashmiri Departments in the Country, pursuing excellence in theoretical and applied aspects of research and teaching relevant to the needs of the community, society and the nation.

MISSION• To create an ambience in which new ideas and cutting edge research flourish through effective curriculum and infrastructure so as to produce academic leaders and researchers of tomorrow.• To produce trained Kashmiri Language linguists to describe the various notions of Kashmiri language who will be able to protect and transmit these to future generations to serve the mankind.• To contribute on language policy and planning and aspire to promote and protect Kashmiri language. 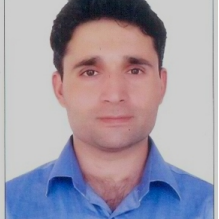 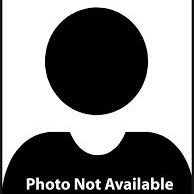